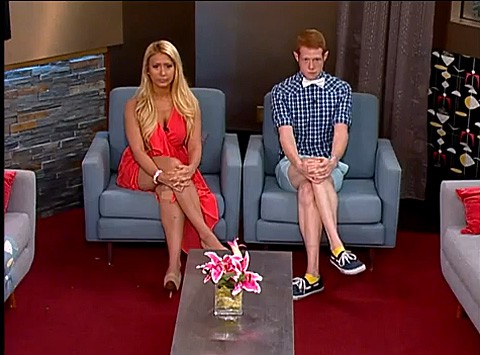 Last night's Big Brother finale came down to two final houseguests, New Yorker Ginamarie, and gay "professor" Andy Herren, who, as we reported, was disavowed by his employer the College of DuPage earlier this week over comments he made on the show.

Ginamarie was also fired by her job as a pageant coordinator for racist remarks she made on the show back in July.

Find out who won, AFTER THE JUMP…

Previous Post: « Is ‘Right Behind Gay Footballers’ an Appropriate Slogan for an Anti-Homophobia Campaign?
Next Post: Julie Chen Tells ‘Big Brother’ Houseguests They Made National Headlines for Racist and Anti-Gay Slurs: VIDEO »