John Wright, the longtime editor of the Dallas Voice, is speaking out about his recent termination, and policies at his former paper. 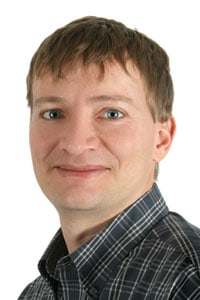 OK so here goes. I have poured my heart and soul into Dallas Voice for the last six-and-a-half years. I've worked my ass off for minimal pay because I loved my job and I loved fighting for equality. As a reward, I was unceremoniously fired Monday for alleged insubordination, which is a totally false and slanderous charge. I can tell you that I did absolutely nothing wrong, and my termination was unjust, immoral and just plain wrong.

Roughly six months ago, the original owner of the Voice, Robert Moore, sold the newspaper to his ex-husband whom he had recently divorced, Terry Thompson, and the longtime sales director, Leo Cusimano. Since then, things have gone steadily downhill. In my opinion, the new owners of the Voice are interested in nothing but profit. They don't seem to care about the LGBT community or their employees, and they certainly don't care about doing good journalism. They want an editor who will write puff pieces about their advertisers instead of reporting the facts, and I refused to be that editor.

For example, last week we reported on the new dress code at Dallas Pride. Organizers of the parade are among the Voice's biggest advertisers, and they were not at all happy when this became a national story. They blamed me for it. I also raised objections about the cover of our Pride issue because I didn't think it included enough minorities, and specifically African-Americans. In response, I was shouted down and told, "That's not our market."

These are just a few examples of what I have endured for the last several months. The new owners wanted to get rid of me, so they fabricated something out of thin air. Of course, they waited to do this until I had just closed on a house. This whole thing is a total outrage, and I'm still in shock over it. If you're reading this, I hope that you will help me do something about it. The LGBT community needs to take back its Voice.