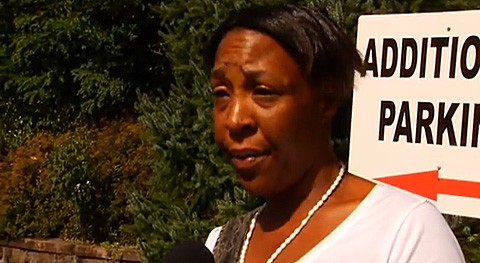 Via Gawker comes this clip of a Wilkes-Barre, Pennsylvania mom defending her son from accusations that he was responsible for a shooting in late August that left two small girls critically wounded.

Previous Post: « Elton John to Play Moscow to Support Gays: ‘I Can’t Leave Those People on Their Own’
Next Post: ‘Dallas Voice’ Editor Blasts Owners for His ‘Unjust, Immoral, and Just Plain Wrong’ Termination »