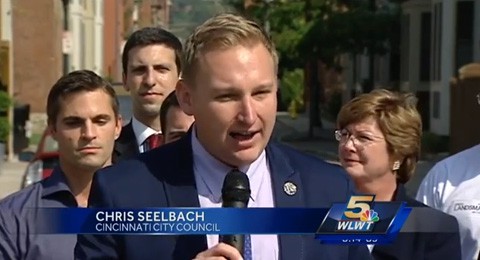 Marriage equality supporters in Ohio launched a new campaign to educate the public about marriage equality yesterday while a timeframe for action is agreed upon, the Columbus Dispatch reports:

The pushback against the 2004 marriage ban gained attention yesterday with a three-city announcement of the Why Marriage Matters Ohio education campaign.

But there is a schism in the gay and transgender community about when the Ohio campaign should begin: next year, 2016 or beyond?

Elyzabeth Holford, executive director of Equality Ohio, said Ohioans value fairness and human dignity, and will eventually vote to overturn the 2004 amendment limiting marriage to one man and one woman. But she would not commit to pushing the issue to the ballot next year.

The issue is personal for Seelbach, the city’s first openly gay council member. He talked about his desire to marry his partner of 8 years, noting “it’s about my family being treated fairly and equally in the state of Ohio.”

Watch WLWT's report, AFTER THE JUMP…