Yesterday, Towleroad reported that Texas was refusing to comply with orders from the Pentagon to begin offering partner benefits to troops with same-sex spouses based on the state's law banning same-sex marriage. 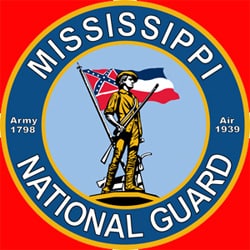 Now Mississippi has joined them, saying it won't issue applications from state-owned offices, the AP reports:

Texas and Mississippi appeared to be the only two states limiting how and where same-sex spouses of National Guard members could register for identification cards and benefits, according to an Associated Press tally. Officials in 13 other states that also ban gay marriage — including Arizona, Oklahoma, Florida, Michigan and Georgia — said Tuesday that they will follow federal law and process all couples applying for benefits the same.

Texas said it would not deny the benefits, they just needed to be collected from a federal office, an inconvenience of several hours travel for some service members and their families.

As far as Mississippi goes:

Mississippi National Guard spokesman Tim Powell said the main factor in determining where same-sex spouses could apply for benefits came down to the property owner. Powell said only National Guard offices on federal property would accept the applications in Mississippi, which also constitutionally bans gay marriage.

“It is our intent to provide benefits and services to our men and women in uniform and at the same time abide by federal and state statutes,” Powell said.