Stranger by the Lake stirs and disturbs

The French famously call an orgasm "la petit mort" or, the little death. In two new French-language films playing at the Toronto International Film Festival (in full swing through next weekend) this euphemism forgets to be euphemistic. If you like your sex all mixed up with danger — you know, the way straight people did during the mainstream erotic thriller years (the Glenn Close thru Sharon Stone continuum) — consider these films 'must sees' when they hit your city. IF they hit your city. It's tough out there for art films, especially gay ones, as recently discussed in a fascinating piece at IndieWire mapping out the problems.

Prolific twenty-four year old writer/director/actor Xavier Dolan has been a sensation on the festival circuit and in Canada since his award-winning debut I Killed My Mother in 2009. Despite the accolades Dolan has yet to win the Stateside following he deserves, even among LGBT audiences. This is largely because his films are in French and they have had a weirdly hard time making their way onto US screens. I Killed My Mother was famously delayed and delayed and delayed again. Before I received a screener a couple of years ago I was convinced that it was an imaginary movie, dreamt up by journalists to make the rest of us feel jealous that we aren't fabulous enough to party in Cannes with them each May. Dolan's subsequent features, the stylish unrequited love triangle Heartbeats (also known as Imaginary Lovers) and the recently released three hour trans drama Laurence Anyways only increased his wunderkind reputation. His latest TOM AT THE FARM may well be his most accessible but reviewing it presents a challenge because the less you know about it going in the better.

Let's keep it very simple AFTER THE JUMP… 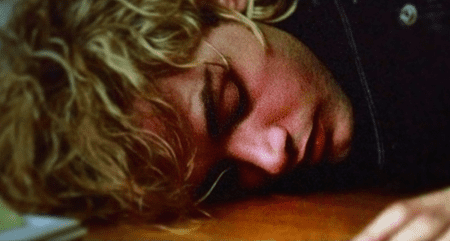 The kick-off premise is this: a young man shows up at his lover's funeral in the country only to discover that the lover's family has no idea who he is or even that their son was gay. That's a wide open premise. It almost sounds like a creative writing challenge. "And then…?" You could spin a dozen different dramas or comedies from that sentence. Dolan, adapting from a play by Michel Marc Bouchard, takes it immediately into genre territory. The tension and danger mount as the mystery of his partner's family and Tom's own hopes for departure begin to unravel. 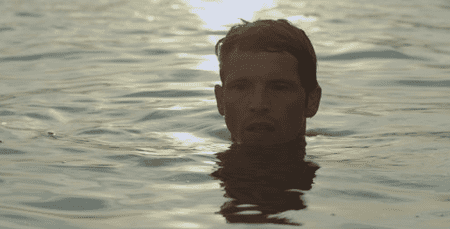 Meanwhile across the Atlantic, Franck at the beach, who shares with Tom a certain willful masochism (though his is less self aware), is initially having a much better time of it. In STRANGER AT THE LAKE, Franck (gorgeous Pierre Deladonchamps) spends every summer day at a remote beach where gay men wander about, often naked, having anonymous and often unsafe sex in the surrounding woods. Franck, unlike Tom, is a cypher in his own story. This beautiful young man seems to have had no life prior to or possibly after the events of the picture (in a bold but fascinating move from writer/director Alain Guiraudie, virtually everyone in the picture might well be its title character, including our protagonist). We learn so little about any character really but the disturbing allegorical thriller is so strongly conceived and composed, that we end up invested anyway. Franck falls hard for Michel (Christophe Pau), a handsome but obviously deadly looker and we worry for him far more than he worries for himself. 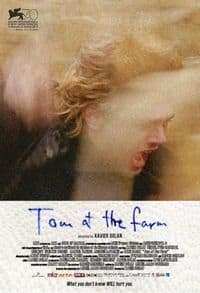 Sometimes it's fun to watch provocative foreign films and wonder what their dumbed down American remake would be like. Stranger by the Lake, would be virtually unrecognizable since it couldn't be made in the first place though if it were they'd obviously reverse its habit of close up nudity and long shot violence. This shocking French film caused a stir at Cannes earlier this summer with its brief moments of explicit sex but more, I would propose, for its unwavering gaze at its willing sacrificial lambs. Stranger won two prizes at Cannes both for best queer film and for its inspired direction. Guiraudie's camera watches the violence and the sex boldly, unblinking and impassive, recording rather than judging which proves far more unsettling.

Tom at the Farm on the other hand, might survive a more mainstream translation since much of its raciest content is implied or spoken. On the other hand why make one when Dolan's is such a success and so blessed with weird nooks and zigzags of personality and a truly idiosyncratic rhythm. Dolan and his editor usually cut right past the action you're expecting which forces you offbalance at all sorts of key moments, and leaves you racing to catch up to stay with its sick games. Dolan has received some criticism that he shouldn't be starring in the pictures he also writes and directs Dolan's bratty prodigy response "you can kiss my narcissistic ass" is crush-worthy but I can't help thinking that it's also maybe a little true. Tom at the Farm is a major success but the one thing that doesn't always quite work is Dolan's star turn at center. He's a totally solid actor but the complicated psychological twists would've benefited from an acting prodigy every bit a match for the terrific director behind the camera, and not just in the mirror.

Previous Post: « Join Us LIVE This Thursday for an ‘ENDA Situation Room’
Next Post: Mister Chase’s ‘Wonderful’ Video to the LGBT People in Russia: WATCH »