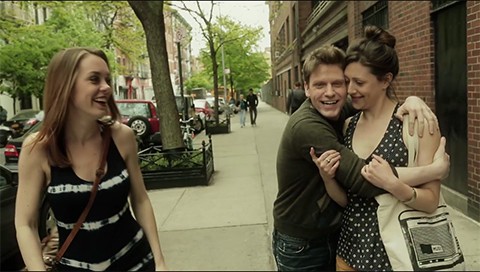 Writer Josh Duboff has unveiled the trailer for his new web series, Twenty Five, about three high school friends reconnecting in New York City just two years out of college. Funded through Kickstarter and named a Staff Pick, the web series was also chosen as a Project of the Week by IndieWire. Four fifteen minute episodes are slated to launch in October.

Check out the charming and amusing trailer, in which one character, Jimmy, confronted with someone who's never seen Breaking Bad, asks the question so often asked of Breaking Bad virgins, "What do you do at night?!" AFTER THE JUMP…

You can also check out Twenty Five's website HERE.