U.S. Olympic gold medal-winning snowboarder Seth Wescott, who hopes to qualify for the Sochi Games, blasted the Olympic Committee for its handling of Russia and its anti-gay laws, the AP reports: 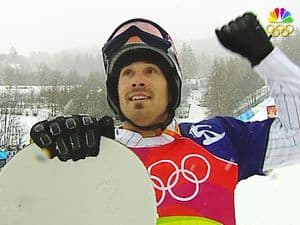 Wescott on Wednesday criticized the International Olympic Committee for selecting Sochi to host the 2014 Games, saying the city hadn't proven it had the ability to hold the event. The new Russian law that prohibits the promotion of "nontraditional" sexual relations could further sully the completion, he said.

"The human rights stuff that's going on, there's a potential for it to be an incredibly negatively-overshadowed Olympics," he told The Associated Press.

Wescott also says he is friends with snowboarders who are gay:

"They're wonderful human beings, and I think for them to be discriminated against is a crime," he said. "They should be able to be who they are and compete proudly. They represent our country incredibly well and they don't need to be the object of that kind of criticism and negativity."