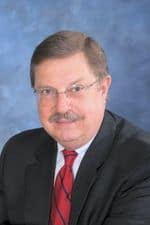 A Pennsylvania judge who said last Wednesday that he would rule quickly on oral arguments in a lawsuit filed by Governor Tom Corbett against Montgomery County Register of Wills Bruce Hanes (pictured) with regard to the 174 same-sex marriage licenses Hanes has handed out since July, has done so, CBS Philadelphia reports:

Without addressing the issue of the constitutionality of Pennsylvania’s ban on same-sex marriages, Judge Dante Pellegrini ruled that Montgomery County registrar of wills D. Bruce Hanes was acting outside his powers when he granted licenses to same-sex applicants, in defiance of state law.

In his ruling today in Commonwealth Court, the judge said that Hanes has “admittedly failed to comply with his mandatory ministerial public duty” under the marriage law.

The opinion goes on to say that even if Hanes is correct in his view that portions of the Pennsylvania marriage law are unconstitutional, the proper response is for aggrieved parties to bring an appropriate court action to challenge the law.

"Unless and until either the General Assembly repeals or suspends the Marriage Law provisions or a court of competent jurisdiction orders that the law is not to be obeyed or enforced, the Marriage Law in its entirety is to be obeyed and enforced by all commonwealth public officials," Pellegrini wrote.

It was not immediately clear what the decision would mean to those who have already received a license.