A second gay couple has joined a federal lawsuit demanding that the state of Ohio acknowledge their marriage status on a gay spouse's death certificate, the Cincinatti Enquirer reports: 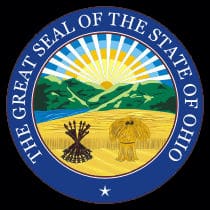 David Michener and William Herbert Ives of the Cincinnati suburb of Wyoming, Ohio, were married July 22 in Delaware, a month before Ives died unexpectedly Aug. 27 of natural causes. A death certificate is required for cremation, and Michener is asking to be listed as Ives' surviving spouse on the certificate.

Michener is asking the court to include their suit in a lawsuit filed in federal court in July by another couple, John Arthur and James Obergefell, who married July 11 in Maryland. The June U.S. Supreme Court decision granting federal recognition to same-sex marriages prompted them to marry.

Arthur is dying of amyotrophic lateral sclerosis and their lawsuit asks that they be listed as spouses on Arthur's death certificate, as Arthur's condition continues to deteriorate. Federal Judge Timothy Black issued a temporary restraining order in July requiring the state to list them as spouses in the event of Arthur's death. The order has been extended through the end of 2013.

Towleroad previously reported on Arthur and Obergefell's challenge to the state of Ohio, as well as the touching video about their marriage, which took place in Maryland on the airport tarmac.

UPDATE: A judge has ordered the state to recognize Michener and Ives's marriage, the Washington Blade reports.

In a three-page restraining order, U.S. District Judge Timothy Black on Tuesday ordered the State of Ohio recognize the marriage of a Cincinnati couple that married in Delaware in July, but where one person in the relationship unexpectedly died of natural causes last month.

Black ruled that David Michener, the surviving spouse in the relationship, is eligible for the restraining order because of immediate need for action as well as the likely success of his claim that the state constitutional amendment in Ohio barring recognition of his marriage violates the First and Fourteenth Amendments under the U.S. Constitution.

“On this record, there is insufficient evidence of a legitimate state interest to justify this singling out of same sex married couples given the severe and irreparable harm it imposes on David Michener,” Black writes.

Previous Post: « What Does NAMBLA Have To Do With The NYC Comptroller Race?
Next Post: John Boehner, Eric Cantor Support Military Strikes Against Syria: VIDEO »