What Does NAMBLA Have To Do With The NYC Comptroller Race? - Towleroad Gay News

Scott Stringer, a candidate for NYC Comptroller has landed himself in hot water after his prior legislative record regarding NAMBLA (the North American Man-Boy Love Association) has been publicized by opponent Eliot Spitzer. 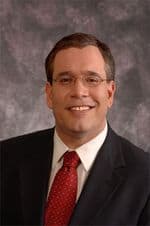 In 1996, then NY-state assembly member Stringer voted against removing the tax-exempt status of the NAMBLA front group 'Zymurgy'.

From the NY Daily News:
“He and 18 other progressive members of the state Legislature voted on constitutional grounds that the Legislature should not be freely and subjectively revoking the nonprofit status of groups, (believing) it would be a slippery slope that could lead to targeting of group based on their political views,” [said Audrey Gelman, a Stringer spokesperson].

The Spitzer campaign on Monday tried to turn the tables on Stringer, who has repeatedly bashed Spitzer for having to resign as governor because of a prostitution scandal.

“Scott Stringer has tried to make this race about judgment and the voters of New York will decide what this says about his,” Spitzer campaign spokeswoman Lis Smith said.