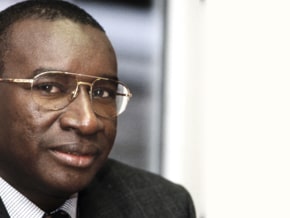 As head of the International Federation for Human Rights (FIDH), Kaba fought to reform a law outlawing gay relationships, but he told reporters in Dakar on Thursday he had dropped his opposition to prosecuting gays.

“I am a minister of justice who works in the context of a government and who expresses his views through those of the head of state which apply to all those who serve under him,” Kaba was quoted by media outlets as saying at a press briefing.

Kaba's stance on human rights follows whatever organization he happens to be working for, apparently:

Kaba, who has a long history with the FIDH, having been elected as its chairman in 2001, called for the legalisation of homosexuality in a 2009 interview with television station France 24 which was picked up by several local media outlets.

“I was expressing (the position) of my organisation,” Kaba told local press on Thursday when asked about the quote.

Senegal's punishment for homosexuality is five years in prison.