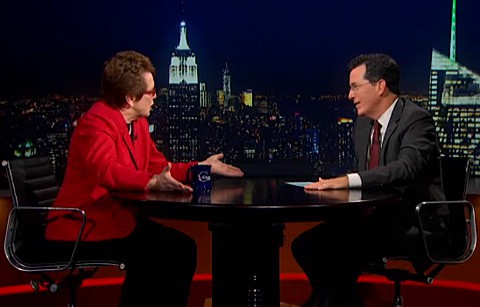 Out tennis legend Billie Jean King rattles Stephen Colbert in a discussion of her 'Battle of the Sexes' match against Bobby Riggs which captivated America in 1973. King is now the subject of an American Masters episode.

Colbert also asks her about being in the closet when she was a tennis pro. He asks her if it ever upset her when a line judge, yelled "Out!"