Today is the day that the U.S. military begins offering partner benefits to troops with same-sex spouses, but not all agencies are complying with the orders which were delivered in a memo on August 13. 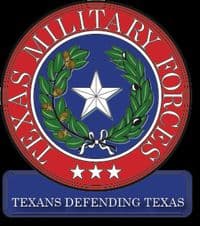 The Texas Military Forces are withholding the benefits based on Texas' law banning same-sex marriage, the Washington Blade reports:

Alicia Butler, an Austin, Texas, attorney, said she was rejected when she tried to register with the Defense Enrollment Eligibility Reporting System, or DEERS, the military’s health benefits system, when she applied on Tuesday at Camp Mabry, where her spouse, Judith Chedville, a nurse and Iraq war veteran, is stationed as a member of the National Guard.

The benefits include military IDs, health, pension, and housing, but according to reports guidance has been issued and gays and their spouses are being told they must seek out a federal facility:

“The TXMF is a state agency under the authority and direction of the Texas state government,” the apparent guidance states. “Therefore, the TXMF must consider that the Texas Constitution and Texas Family Code 6.204 conflicts with the DoD policy extending benefits to same-sex spouses. Due to this potential conflict, we are unable to enroll same-sex families into DEERs at our state supported facilities until we receive legal clarification.”