French actor Alain Delon told a French television station that homosexuality is "against nature" in an interview about his opposition to gay adoption, Pink News reports: 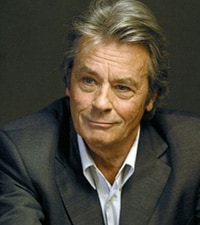 Speaking live on France 2, he was asked about his controversial stance on prohibiting same-sex couples from having children.

He responded: “Yes, it is against nature, I’m sorry.

“We are here to love a woman, to woo a woman, not to flirt with or get picked up by guys.”

On the topic of same-sex marriages, Mr Delon added: “I’m not against gay marriage, I do not give a damn, but I am against the adoption of children.” …

…When the host told Mr Delon they were receiving a slew of angry messages on Twitter, he said: “What I do not want is for them to adopt. But we will not discuss it for hours, or it becomes a different issue.”

Delon has starred in dozens of French films and once thought of as that country's answer to James Dean.

Previous Post: « Texas Defies Pentagon, Withholds Spousal Benefits for Gay Troops
Next Post: What Does NAMBLA Have To Do With The NYC Comptroller Race? »