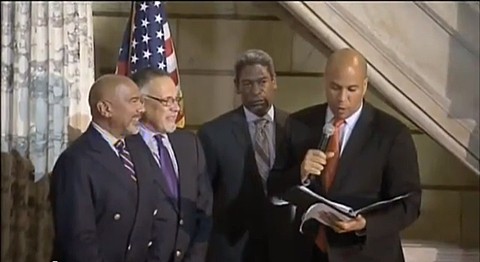 "It is officially past midnight, marriage is now equal in New Jersey," Booker said to applause and cheers.

Booker, who had never officiated a wedding since becoming Newark mayor in 2006, called the occasion one of "the greatest privileges and honors" and "one of the most magical moments" of his life.