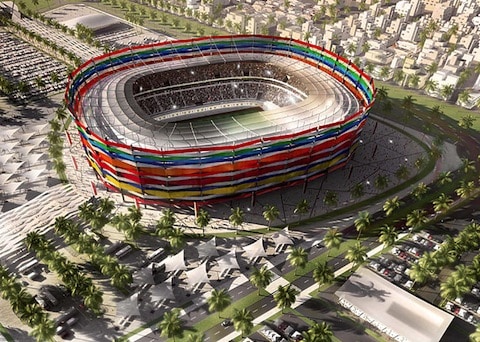 Last month we told you about how the new FIFA anti-discrimination task force is already on the job to hold Russia and Qatar accountable for their anti-gay laws given that both nations will be hosting the World Cup in 2018 and 2022, respectively. The task force is going to have their work cut out for them now that Qatar, along with several other Persian Gulf countries, has put in place a medical "gay test" to screen out homosexual visitors to their country.

In the wake of such absurdity, LGBT activist Peter Tatchell is calling for an out-and-out boycott of the country, insisting that the World Cup in Qatar be canceled.

"This contradicts previous assurances given to FIFA by the Qatar government that everyone will be welcome and that there will be no discrimination," [Tatchell] said.

"FIFA now has no option but to cancel the world cup in Qatar. Allowing it to go head in these circumstances would involve FIFA colluding with homophobic discrimination."

A FIFA spokesperson said that they are "not aware about the specific matter" of the proposed legislation, but "FIFA's zero tolerance policy towards any acts of racism and discrimination affecting the freedom of private persons – including their sexual and political freedom – applies to the FIFA World Cup and to all other FIFA events and activities."