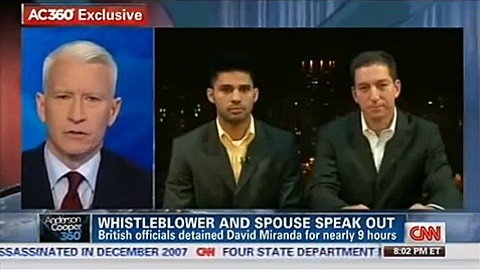 Glenn Greenwald, the American journalist who helped break the NSA story for the Guardian and lives in Brazil with his partner David Miranda, is poised to launch a new media venture reportedly backed by eBay founder Pierre Omidyar, a French-born Iranian-American, also founded the Democracy Fund and is said to be worth $8.5 billion, Reuters reports:

Greenwald, who is based in Brazil and was among the first to report information provided by one-time U.S. National Security Agency (NSA) contractor Edward Snowden, wrote in a blog post on Tuesday that he was presented with a "once-in-a-career dream journalistic opportunity" that he could not pass up.

He did not reveal any specifics of the new media venture but said details would be announced soon. Greenwald did not immediately respond to a request for comment.

Two sources familiar with the new venture said the financial backer was Omidyar. It was not immediately clear if he was the only backer or if there were other partners.