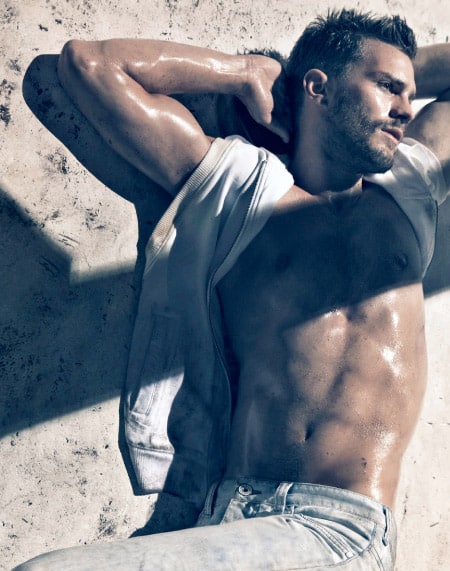 Jamie Dornan has snagged the Christian Grey role in the upcoming film adaptation of the best-selling novel, according to the Hollywood Reporter:

Charlie Hunnam infamously backed out of the project a week and a half ago, setting off a feverish pursuit to find his replacement.

The U.K.-based Dornan was first revealed as a contender for the role of kinky billionaire Grey by THR on Oct. 14. He is the star of the U.K. series The Fall and might be best-known to U.S. audiences for playing the Huntsman in ABC's Once Upon a Time. Born in Northern Ireland, he's a former Calvin Klein model and dated Keira Knightley for two years…

Previous Post: « A Parody of Lorde’s ‘Royals’: VIDEO
Next Post: Barbara Buono Keeps on Chris Christie Over Marriage: ‘He Did Not Have a Leg to Stand On’ »