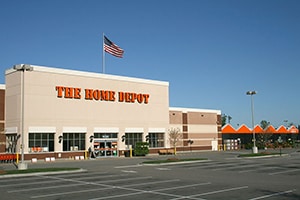 In a lawsuit filed last week in Orange County, California, a former Home Depot store manager from San Diego alleges that he and other gay employees were fired after the financial collapse of 2008 as a "cost cutting measure" because The Home Depot deemed them to expensive to insure. Lex Housh, 57, was fired in 2012 and is suing the home improvement giant for $100,000 in damages. The New York Daily News reports:

"Housh's complaint says that 'Home Depot was concerned with 'gay male'
employees because of its perception that it would pay more medical
benefits associated with HIV and AIDS viruses.'"

The company wanted to cut costs during the economic fallout
precipitated by the collapse of the housing market, the suit says,
according to Courthouse News Service.

He also claims he received fraudulent personnel write-ups from
supervisors, who ultimately fired him for putting a microwave into a
trash compacter, a violation of hazardous materials laws, the suit says.

Housh said he was the subject of inappropriate sexual gestures and the
recipient of sexually explicit photographs after his managers learned he
was gay.

This past year, The Home Depot was named one of the best companies in the country to work for by The Human Rights Campaign in terms of providing health benefits to same-sex partners and spouses.