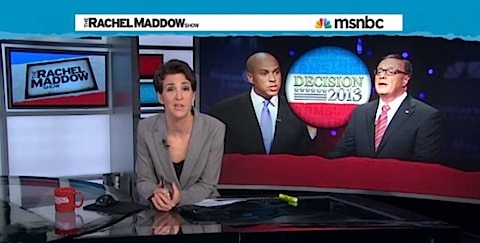 Adds Maddow: "Also, for the record, Cory's not gay."

Previous Post: « Amazing Video from North Carolina as Gay Couple of 25 Years Apply for Marriage License: WATCH
Next Post: Is Eminem Getting a Free Pass for the Homophobic Lyrics in His New Track ‘Rap God’? »