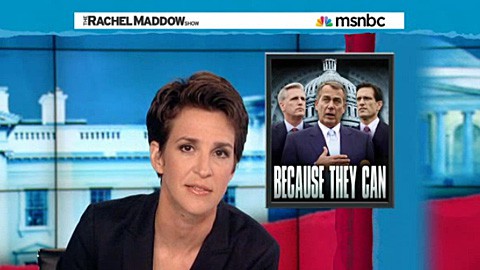 Rachel Maddow last night took note of the Republican plan, since before 2010, to shut down the government:

"We are deep into year three of them running the House now and we've got zip from them in terms of law and policy. And we're at seven and counting when it comes to can't keep the lights on failures of basic governance.

Added Maddow, noting that this was their plan all along:

“There is a kind of palpable glee on the Republican side about this accomplishment that they are bringing about tonight. They are psyched. There is no mirror image between the two major parties. There is only one major party of the two that strives for control in government specifically because that is the place from which you can hurt government the worst…This is what Republicans want to do. This is what they promised to do. This tactic, ‘let’s roll’, this tactic, is an end in and of itself, and that is why there is no talking them out of it. Elect Republicans and they will burn the place down, and they will laugh while they do it and have a great time. And then what?” 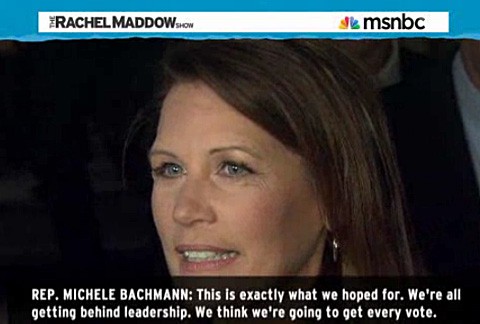 Previous Post: « Obama Talks Shutdown with Troops: Congress Has Failed You — VIDEO
Next Post: Elton John Says What Every Celebrity Wants to Say to the Paparazzi: VIDEO »