A top aide to Republican senate candidate Steve Lonegan has been fired after making comments about Lonegan's rival in the race, Cory Booker.

On Thursday, Talking Points Memo published a bizarre interview they conducted with the aide, Rick Shaftan, in which he makes several crass and homophobic remarks. 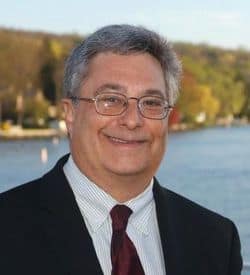 In a profanity-filled assessment of the race delivered via phone Thursday, Rick Shaftan, a senior staffer and key strategist on Lonegan's campaign, suggested voters would be turned off by Booker's "odd" behavior including Twitter messages the Democrat sent to a stripper, that Shaftan described as "strange" and "like what a gay guy would say."

"It was just weird. I mean, to me, you know, hey, if he said, 'Hey, you got really hot breasts man, I'd love to suck on them.' Then like, yeah, cool. But like, he didn't say that," Shaftan explained. "It was like kind of like, I don't know, it was like what a gay guy would say to a stripper. It's the way he was talking to her. It's just like like there was no sexual interest at all. I don't know. To me, if I was single and you know like some stripper was tweeting me, I might take advantage of the perks of the office, you know?"

Shaftan was informed of his termination later that day.

According to The Star-Ledger, Lonegan issued the following statement about his now former employee soon after: “His comments are distasteful and offensive, and his contract as a vendor for my campaign will be terminated immediately.”

Shaftan has since posted a non-apology on his Facebook page.

I apologize to Steve Lonegan and his supporters if any statements I have made have hurt his candidacy and do not want these comments or my presence in this campaign to serve as a distraction to his efforts to win this election and save our nation from the radical left-wing policies of Barack Obama and Cory Booker.

All this takes place just ahead of the special election this Tuesday.