A transgender high schooler from Colorado who transitioned two years ago is hearing absurd claims from multiple right-wing groups about the "harassment" she is committing in the locker room at her school. The Pacific Justice Institute (PJI) is leading the charge. 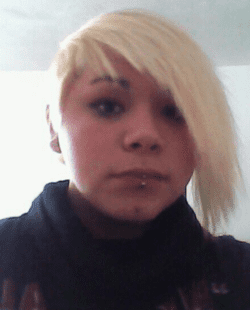 TransAdvocate blogger Cristan Williams has been countering PJI’s claims, and she was able to make contact with the transgender student and her family.

Williams identifies the student as Jane Doe, though her name has been outed by those attempting to villainize her. She spoke with one of Jane’s moms, who provided some new insights into how PJI’s drama has unfolded. Jane transitioned about two years ago, and is now “comfortable with life,” having previously experienced a lot of harassment when she would still use men’s restrooms. Her mom describes her as “shy and timid, “private about everything,”" and also quite afraid of being bullied.

The family only learned about the controversy when the school was bombarded with media requests after some other parents held a poorly attended rally protesting Jane’s use of girls’ facilities. Jane then found PJI’s complaint online, and it caused her anxiety attacks…

The law protecting transgender children, which California Gov. Jerry Brown signed in August, says schools must treat transgender students as equal to cisgender students. A coalition of anti-LGBT groups calling itself “Privacy for All Students” has circulated 200,000 anti-trans petitions throughout California. Their goal is to collect 505,000 valid signatures by November 12, 2013. If they collect those signatures, it will stop the trans equality law from taking effect in January and put the civil rights of trans kids up for popular vote in November 2014. 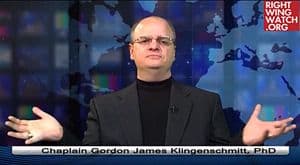 PJI is still in attack mode despite the obvious distress their statements have caused Jane and her family. In all of his statements, PJI attorney Matthew McReynolds refers to Jane using male pronouns, misgendering and disrespecting her gender identity.

Said McReynolds in a WND interview: "We’ve heard some reports that he’s commented on what girls are wearing or their figure while in the bathroom," adding, "Our students are in a scenario where they’re being told, If you don’t want to be in this situation where this guy walks in while you’re in the bathroom, then you’ve got to confine yourself to one staff bathroom that is very inconvenient…"

The attack is not confined to PJI, however. Right Wing Watch reported that on his talk show "Pray in Jesus Name," former Navy chaplain Gordon Klingenschmitt accused Jane "of 'raping, at least visually, these teenage girls by sharing a locker room with them."

Watch the distasteful video, AFTER THE JUMP…