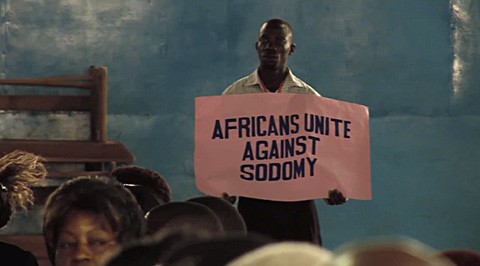 Roger Ross Williams, the documentarian behind the new film God Loves Uganda, describes to The Hollywood Reporter the moment during production that he realized a group of anti-gay Ugandan pastors knew that he was gay: 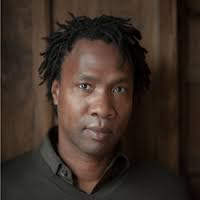 Two-thirds of the way through filming, Williams' worst fear became a reality when an e-mail was sent to Ugandan religious leaders outing Williams as being gay and part of the "gay agenda." "One of the biggest anti-gay pastors invited me to his house for dinner. And I got there and thought, 'Oh my God, this is an ambush.' The pastors who are fighting the spread of homosexuality were all sitting there, not smiling. They pulled out the e-mail and said, 'We know that you are a homosexual.' I was terrified because I'd watched them hold up Bibles and say, 'This book says these people must be killed.' I was silent," Williams says, then pauses, simulating a moment that must have felt like it lasted an hour. " 'But, Roger, we're going to help you, we're going to cure you.' They then just started praying over me."

Watch the powerful trailer for God Loves Uganda, AFTER THE JUMP…