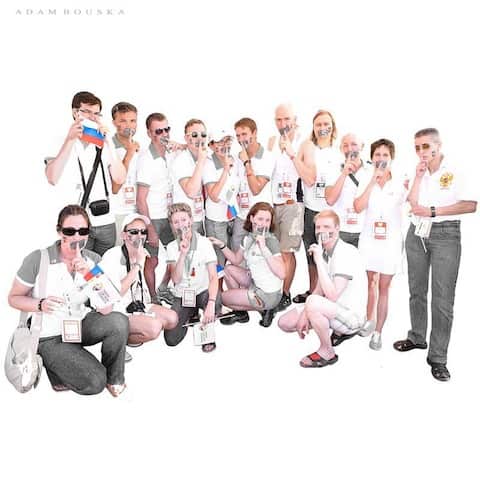 Here's something to brighten your day. Amidst all the hateful nonsense that has been pouring out of Russia, particularly within the past few months, a positive message comes courtesy of Russian athletes who competed at the World Out games in Antwerp, Belgium a few months ago. The athletes chose to show their support by posing for Adam Bouska and Jeff Parshley's iconic NOH8 campaign despite the very real possibility of reprisal by way of fines or worse that could come their way for speaking out, as it were. A shot of the shoot itself can be found on Bouska's Twitter feed, and more information about the NOH8 campaign can be found on their homepage.