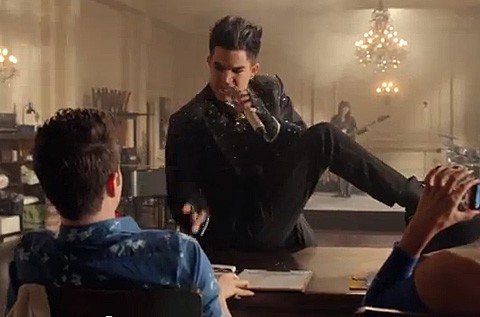 Adam Lambert discusses his Glee role in a new featurette.

Apparently, he plays a character named 'Starchild' and performs a cover of Lady Gaga's "Marry the Night".

That should be interesting news to singer Steve Grand, who called himself Steve Starchild and was best known for a cover of "Marry the Night" before hitting it big with "All American Boy".

Watch Lambert discuss Glee and watch a preview, AFTER THE JUMP…

Previous Post: « Parents Sue NJ for Right to Put Son Through Gay Conversion Therapy
Next Post: Nick Jonas Shirtless and Shredded in ‘Careful What You Wish For’ Teaser: VIDEO »