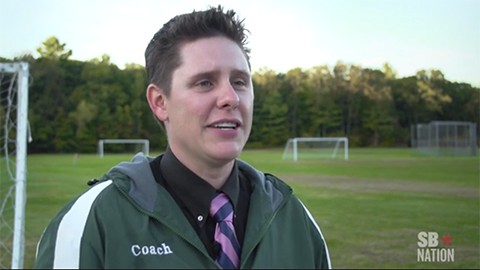 OutSports has profiled Stephen Alexander, America’s first openly transgender high school coach who is speaking out about his process of transitioning from Jennifer to Stephen, coming from a conservative small town in New England. Growing up in Gloucester, Rhode Island, a town still imbued with the “old yankee mentality” and replete with "super Republican strongholds,” Stephen felt at odds with his community and his own body.” He was an athletic superstar, a tomboy and desperately wanting to become the boy he knew he was:

"He was very uncomfortable as a girl," his mother, Linda Dandrow, remembered. Looking back at the signs, she wondered why she didn't see it coming. "He often referred to his breasts as tumors. ‘Those are tumors on my chest, I want to get them off.'"

Though Stephen knew he was a boy since the age of five, his family struggled to understand his coming out to them as transgender: 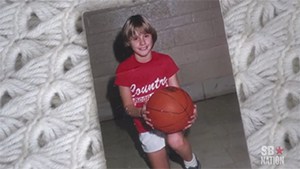 It was desperately confusing to them. "Transgender" wasn't even a vocabulary word taught in school. They had never heard of it. They were convinced the "girl" they knew was simply a lesbian, which they could understand. Some therapy, they assumed, would straighten him all out.

Instead, the therapy straightened out his family. It took years, but eventually they came to realize — with the help of a psychiatrist — that Alexander wasn't a lesbian, and that one of the treatments for his situation was gender-reassignment surgery.

"One of the things [the psychiatrist] said was the brain is male and the body is female, and there is a disconnect," his mother Linda said…Ultimately, his parents accepted that he was transgender and that he wanted to get gender-reassignment surgery. Together they made the trip to New York City to be with their son for the procedure.

However, after leaving Rhode Island for New York, a place “where people would accept me initially from the get-go, rather than seeing me through what's going on in their head,” he finally decided to return home to Gloucester and his passion for sports, a passion that he says saved him, and began coaching:

"Now he's back and he's coaching as a male in the system that he went through as a female," said Alexander's proud sister. "And people are soliciting him for coaching” […]

Coaching has given him a way to engage the community in a positive way, to impact the youth and families on a level they can't ignore. That wasn't his plan — he was simply looking to follow his passion for sports and contribute to youth in a meaningful way. What it's done is give people a way to understand more easily that Alexander is — like them — just another human being.