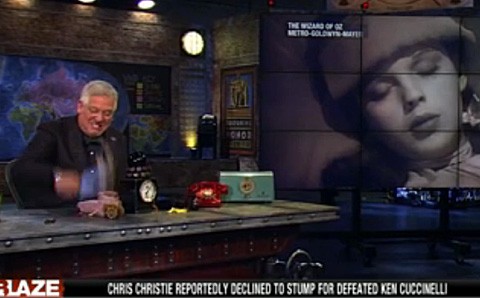 Glenn Beck used a set of Wizard of Oz dolls (some of which he used to violently maul each other) to explain America's problems in an insane segment last night in his show The Blaze, Right Wing Watch reports:

Beck played with dolls for ten minutes before explaining that Mitch McConnell is the Good Witch of the North, while the NSA is the Wicked Witch of the West, and Lindsey Graham, John McCain, and John Boehner are the Scarecrow, the Tin Man, and the Cowardly Lion, respectively.