Chelsea Manning is one of several public figures writing on Thanksgiving for TIME magazine: 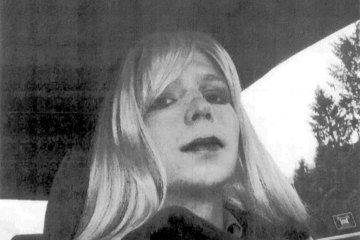 I’m usually hesitant to celebrate Thanksgiving Day. After all, the Puritans of the Massachusetts Bay Colony systematically terrorized and slaughtered the very same Pequot tribe that assisted the first English refugees to arrive at Plymouth Rock. So, perhaps ironically, I’m thankful that I know that, and I’m also thankful that there are people who seek out, and usually find, such truths.  I’m thankful for people who, even surrounded by millions of Americans eating turkey during regularly scheduled commercial breaks in the Green Bay and Detroit football game; who, despite having been taught, often as early as five and six years old, that the “helpful natives” selflessly assisted the “poor helpless Pilgrims” and lived happily ever after, dare to ask probing, even dangerous, questions.

Such people are often nameless and humble, yet no less courageous. Whether carpenters of welders; retail clerks or bank managers; artists or lawyers, they dare to ask tough questions, and seek out the truth, even when the answers they find might not be easy to live with.