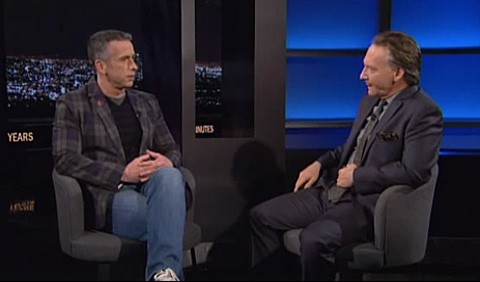 Dan Savage sat down with Bill Maher to talk about "buttloads" of gay stuff, including religious officials, like a priest, who testified in Hawaii that gay marriage will harm children.

Savage also lays in to Mary Cheney and Heather Poe:

"Mary does a pretty good approximation of evil, however…They're wealthy dykes who until ten minutes ago couldn't give a flying f–k about the rights of same-sex couples in the state where they live or any other state. $2500 check to Mitt Romney in 2012. Voted for Mitt Romney in 2012…Romney was a thousand times worse than Liz and Mary wrote that f–ker a check."

The conversation then moves to Alec Baldwin and his hair-trigger homophobia.