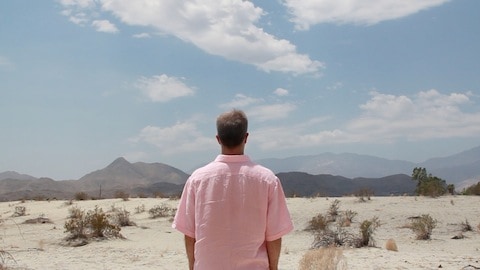 Director Daniel Cardone is embarking on a project to document the lives of people who survived the AIDS crisis and are now living as older men with HIV, titled Desert Migration in reference to the many, many men who chose to move to Palm Springs, CA for retirement. From the project's indiegogo page:

When HIV treatments improved and people stopped dying by the thousands, many HIV positive men took stock and thought, "Well…now what?”  Death was not an immediate concern, but their health was still fragile and their lives had been permanently knocked off course […] The fastest growing demographic of people living with HIV/AIDS in the US are those over 50 years of age.  They weren’t expected to live, let alone thrive.  Importantly, the effect on their bodies by the medications keeping them alive was never adequately tested.  After twenty years, what is worse – the medications or the HIV?

You can see Desert Migration's trailer AFTER THE JUMP…