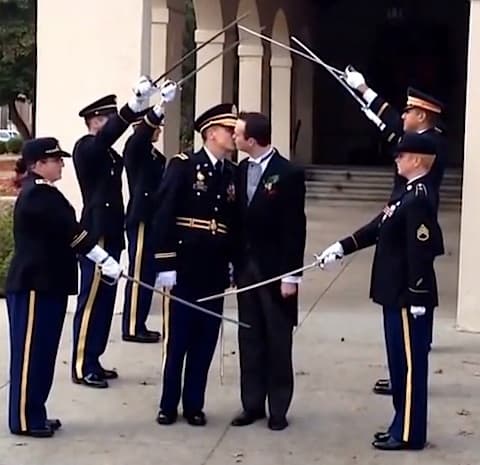 Toven, 44, is commander and conductor of the Army Ground Forces Band at Fort Bragg. Taylor, 24, is a registered nurse in a Fayetteville-area hospital and a pre-med student at Fayetteville Technical Community College and Methodist University.

The couple will continue to live in Fayetteville. Toven is the son of Gordon and Mona Lou Toven of Reynoldsville, Pa. Taylor’s parents are Michelle and Ben Miles of Rockingham.

Watch the couple's joyful and hilarious attempt to exit the chapel in front of family and friends, AFTER THE JUMP…