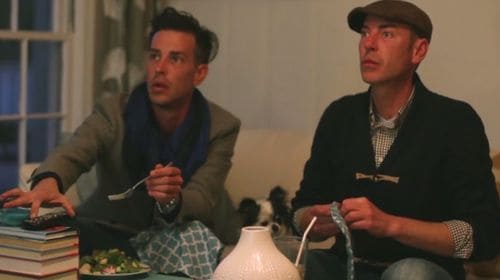 Mississippi could very well be one of the last holdouts on same-sex marriage, but the Gulf region state has a thriving LGBT population that refuses to sit quietly and wait. A new short documentary looks in on the lives of one couple and their quest for a marriage license. Even more, it is a call for equality in all moments of life as the men recall the harassment they have faced for expressing love in their home state.

"A Mississippi Love Story" is a new film from director and cinematographer Lauren Cioffi. It follows the relationship of Eddie Outlaw and Justin McPherson, a gay couple, as the Supreme Court debated the repeal of DOMA. It seeks to chronicle the lives of these gay men living in one of the most extremely conservative states and their journey to be wed in California earlier this fall.

Check out a preview of the documentary, AFTER THE JUMP…

Previous Post: « Madonna’s Daughter Lourdes Played Rizzo In High School Production Of ‘Grease’: LISTEN
Next Post: IOC to Send Letter to Olympic Athletes Reminding Them to Refrain From Any Protesting In Sochi »