Pennsylvania Governor Tom Corbett today came out in support of an LGBT non-discrimination bill pending in the state, the Philadelphia Inquirer reports: 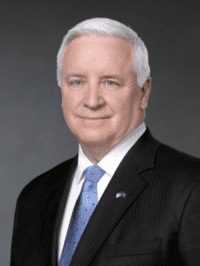 Corbett, who has previously staked out conservative positions on social issues, told The Inquirer that he was "coming out in support" of the bill after learning that federal law does not cover discrimination in the state.

"I've had people come and talk to me about how they were discriminated against," said Corbett, who served for eight years as the state's attorney general. "The federal government has antidiscrimination laws. I believed they covered it."

Corbett's support of legislation that has languished in the General Assembly for a decade is viewed by many advocates as a major step forward on a civil rights issue.

"This is remarkably big news," said Ted Martin, executive director of Equality Pennsylvania, a statewide gay rights advocacy group. "His leadership will move the issue forward in a way that is long overdue."

As you may recall, in October Corbett made headlines when he compared gay marriage to incest.