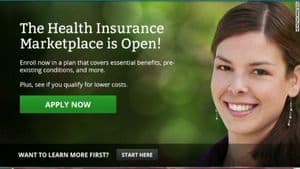 Last week, the U.S. Supreme Court agreed to hear two cases challenging the Affordable Care Act. The last time that happened, the Court determined by a bare 5-4 majority that the so-called individual mandate, the requirement that everyone has to buy health insurance or pay a tax, was constitutional. Next year, the Court will consider whether corporations can refuse to provide insurance plans that include contraception if doing so would violate the religious beliefs of those corporations' owners.

The cases — Sebelius v. Hobby Lobby Stores and Conestoga Wood Specialties v. Sebelius — will determine the breadth of the religious exemption from Obamacare. Unfortunately, the pretext of religious freedom has gained much traction of late in justifying continued discrimination. And this Court's conservative majority has set itself up to strike a blow against equality.

AFTER THE JUMP, I will construct the argument I expect the Court's conservatives will use to expand the religious exemption. I will show how that argument is deeply flawed. And then I will show how dangerous it is for the LGBT community.

We've spoken before about the donut hole that is a religious exemption to an equality law. In brief, laws that mandate equal treatment may not apply to everyone. For example, a law that requires a state to recognize a marriage between two men should not force a Catholic Church to actually perform one of those marriages if it would conflict with that Church's essential dogma. But there are other kinds of exemptions: those so-called "conscience clauses" that would allow, say, a county clerk in a marriage equality state to deny two men a marriage license simply because she thinks her religion tells her to.

The latter is problematic for obvious reasons: it uses the pretext of religious freedom to condone discrimination. The former is also problematic for a more subtle reason: a civil marriage equality law doesn't even apply to religious solemnizations of marriage; so, a church would never need an exemption from a law that doesn't apply to it. The exemption is superfluous, yes, but as an unnecessary, extraneous provision that is unique to equality laws that apply to LGBT Americans, it suggests that LGBT equality is something so extraordinarily odd that it requires overkill compensation to traditionalists.

But back to the Affordable Care Act for a moment. The argument for broadening the Obamacare religious exemption to include any commercial company is so strange, yet strange appears to be becoming more normal under the Roberts Court.

I can summarize the exemption argument in one phrase: corporations are people, too.

Several years ago, the Court decided in Citizens United that corporations were "persons" for the purposes of free speech. That case opened the floodgates for unlimited corporate contributions to political campaigns. But if corporations are "persons" for one part of the First Amendment (speech), it seems like they should be "persons" for another part of the First Amendment (free exercise of religion). Therefore, the argument goes, corporations, as persons, enjoy the same protections against the erosion of their religious beliefs as you and I. Forcing that corporation to provide access to contraception would violate the religious beliefs of that "person" and offend federal law; therefore, the corporation should be exempted.

And so we see how a seemingly unrelated decision about free speech can affect health care.

But the argument is rubbish. Just because one clause of the First Amendment is interpreted one way does not mean that every other clause of the First Amendment has to be interpreted the same way. If it did, our federal law would look much different than it does today. Certain clauses only apply in certain situations, to certain actors, given certain contexts. To transport one doctrine to an entirely separate area of social and legal life is too simple and just wrong.

Plus, not all organizations are the same. Already, the Administration has exempted religious institutions, but it has rightly balked at giving for-profit commercial corporations the right to use the religious exemption provision because religious dogma has nothing to do with those corporations. In other words, the Catholic Church is different than a construction company: the former deals in piety and salvation; the latter deals in two-by-fours and split level condos. If religion is the product, then maybe the exemption could apply; where religious is irrelevant to the business, you can't claim to be "religious" just because it suits you and your moral goals independent of your corporate persona.

As I have already suggested, expanding the religious exemption to for-profit corporations that have nothing to do with religion would be dangerous for the religious exemption battle brewing in the LGBT equality context. If the Supreme Court allows an arts-and-crafts business to exempt itself from having to provide contraception to its workers because its owners don't believe in contraception, then the owners of a catering hall could use that precedent to argue that they should be allowed to deny service to gay couples because they don't like gay marriages, gay persons, or gay lifestyles. It's a dangerous precedent to set.