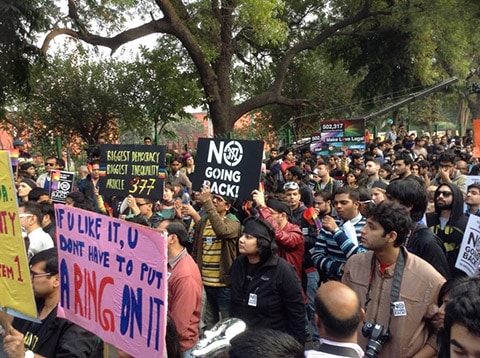 Earlier today, thousands of protesters took to the streets of New Delhi, Mumbai and other cities to protest the high court's decision Wednesday to uphold a law that criminalizes same-sex relations. Al Jazeera reports that many protesters wore black arm bands and carried rainbow-colored flags and banners that read "No going back!"

"It's my fundamental right to decide who I should love," said Rohan Mehta, a New Delhi-based businessman who was among the demonstrators on Sunday. "I will not let the court deprive me of my rights."

Activists on Sunday said the ruling had evoked anger and dismay across the country, and said they were in the process of taking legal steps to undo the court's decision.

Top ministers of India's Congress-led Progressive Alliance (UPA) indicated on Friday that the government may negate the court's judgement through an ordinance, a shortcut way to pass a law without parliamentary discussion. 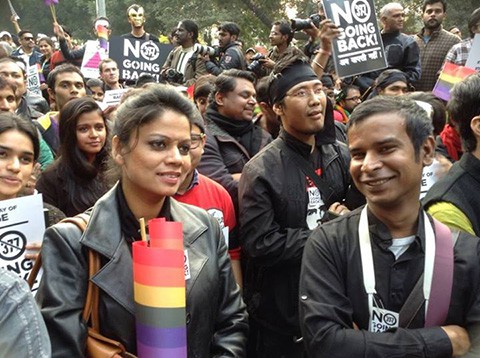 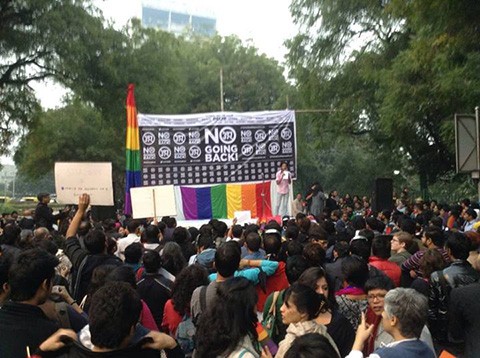 Previous Post: « U.S. Customs and Border Protection Expands Filing of Joint Customs Declarations to Include Gay Couples
Next Post: Gay Couples In Minnesota Flock To Polk County To Get Married »