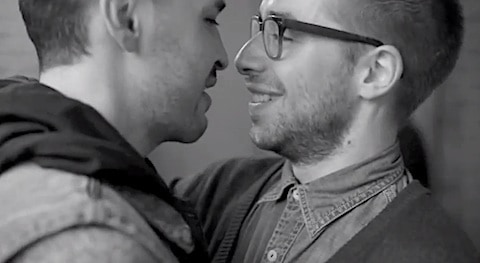 The Salt Lake Tribune reports on the explosion of marriage licenses being issued in Utah following Judge Robert Shelby's overturning of the state's ban on same-sex marriage last week.

"It’s been really dramatic," said Weber County Clerk Ricky Hatch, who doled out 144 marriage licenses since Monday in an office that typically averages about eight per day. "I would guess on Monday we were seeing 90 percent same-sex couples. It’s dropping back now to where it’s a lower percentage."

Salt Lake County had the most marriages in the state this week, which is typical. But the numbers themselves were anything but.

Shattering a previously held record of 85 marriages in a given day, Salt Lake County handed out 353 on Monday — their first full day of issuing marriage licenses to same-sex couples.

Between last Friday and this Thursday, over 1,225 marriage licenses had been issued across the state, with at least 74% being issued to LGBT couples.

Previous Post: « Glee’s Harry Shum Jr. Has an Inspirational Dance Message for the Shy People Out There: VIDEO
Next Post: Dominic Cooper Sizzles as the Man Behind James Bond in New ‘Fleming’ Trailer: VIDEO »