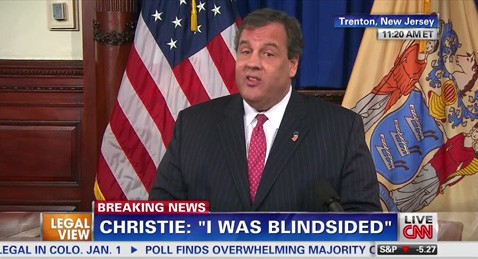 "Evidence exists" that New Jersey Governor Chris Christie was not, despite his claims otherwise, oblivious to the retaliatory lane closures on the George Washington bridge last summer that have now become known as "BridgeGate", former Port Authority official David Wildstein claims in a letter released today by his lawyer.

In a letter released by his lawyer, the former official, David Wildstein, a high school friend of Mr. Christie’s who was appointed with the governor’s blessing at the Port Authority of New York and New Jersey, which controls the bridge, described the order to close the lanes as “the Christie administration’s order” and said “evidence exists as well tying Mr. Christie to having knowledge of the lane closures, during the period when the lanes were closed, contrary to what the governor stated publicly in a two-hour press conference” three weeks ago.