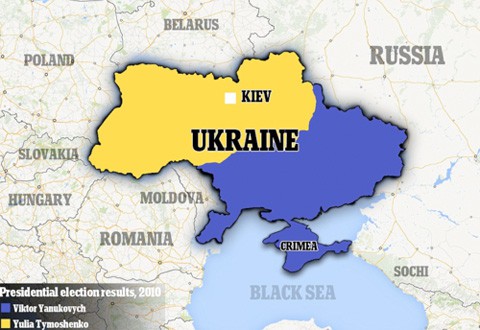 Superpowers love their geographic boundaries despite the fact that most have no basis in history. Time and time again we have seen world wars, civil wars and senseless violence break out over who really belongs in what country. We have seen literally millions die over these artificial barriers.

Most of the nations in the Middle East were created by energy companies, Africa was cruelly divided by colonists around the early part of the 20th Century, the Balkans have been the source of one war after another, and numerous ethnic groups are still fighting for their 'homelands'.

With each passing day, the stakes in Ukraine grow higher and higher. Civil war is a real possibility, the resumption of the Cold War is not out of the question, thousands could still die, and entire cities could be destroyed. Any sane person only has to look to Syria to see the consequences of endless civil war.

Count me among those who were moved to tears by the barricades in Kiev. The entire scene was right out of Les Miz except with a different ending. You could literally hear 'the people sing' as they gave their lives for freedom. If just somehow we could just hit 'pause' and that would be the end of the story.

Unfortunately, that is not happening. President Putin, who has blood on his hands in Syria and so many other places, is determined to use any means necessary to exert the influence of the Russian Bear and save his own sad face. The major powers have a very narrow window to restore sanity to this situation and seek creative solutions before the entire world and the people of Ukraine are thrown into another spiral of brutal violence.

Right now it is clear the Russians and their surrogates are determined to keep the strategically placed Crimea. This peninsula on the Black Sea has historically been the source of much pain. Over half a million died in the Crimean War between the superpowers in the mid-1800's. Stalin deported the entire population of Crimean Tatars from the peninsula and most died in that process. Crimea became completely Russian and currently most of its population are Russian speakers. 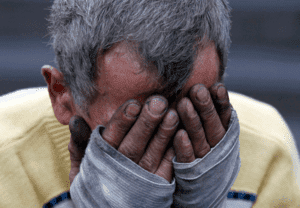 In 1954, Russian Premier Nikita Khrushchev 'gave' Crimea to the Ukrainian people. Khrushchev, who was a native Russian, rose to power through the Ukrainian Communist Party. Some say it was an act of madness created in a drunken stupor and others consider it a brilliant move by the Russian leader.

Ukraine is split between those who consider themselves Europeans and those who have a historic bond to Russia. The split has been clear in election after election. There are enough facts and figures to sanely partition Ukraine now before it is too late. Minimally, give the damn Crimea back to Russia where it historically belongs.

Drawing the 'line in the sand' over fake boundaries is inviting massive violence, international confrontation and death and destruction. Over what?

The solution is simple. Let the European section continue as the Ukraine and allow the Russian section to vote on their future either as Russians or a new nation. Finally, return Crimea to the Russians.

America has a unique opportunity to look at the concept of nation states in an innovative way that is more suited to the 21st century and not a return to the 19th Century. Let's embrace it now or the consequences may be horrific.