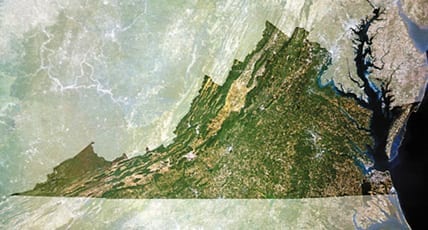 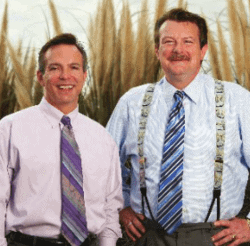 The Fourth Circuit Court of Appeals now has the case.

Lambda and the ACLU want in on this now, and issued a press release announcing the motion:

"We represent a class of all same sex couples in Virginia for whom the denial of marriage inflicts a variety of harms, and they deserve to be heard," said Greg Nevins, Counsel in Lambda Legal's Southern Regional Office based in Atlanta. "The Bostic appeal could decide the fate of not only both couples involved, but also the entire class of over 14,000 same-sex couples in Virginia who we represent."The Harris case is awaiting decision from the court. Once that decision is issued, it will be appealed to the Fourth Circuit. In the meantime, allowing the Harris class action to intervene in the Bostic case now will allow the two cases to be consolidated on appeal without delaying or disrupting either case."From the beginning, both of these cases have proceeded on parallel tracks, and for the good of all couples in the state, we hope it will remain that way," said Joshua Block, staff attorney with the ACLU Lesbian Gay Bisexual and Transgender Project. "This motion just ensures that all affected couples have their day in court."

The Bostic v. Rainey case is very well positioned to be the next marriage case heard before the Supreme Court and any groups who are there will get the benefit of a national spotlight and credit for its ultimate victory.

The Washington Blade notes that plaintiffs in Bostic aren't happy about the motion:

“The addition of new parties to the case at this late stage risks delaying the proceedings, and there is not a moment to lose when gay and lesbian couples and families across Virginia – and other states in the Fourth Circuit – are experiencing real harm,” said McGill. “We hope the Harris plaintiffs and their lawyers will continue to support our shared goal of marriage equality by filing an amicus brief alongside us.”

A source involved in the legal process who asked to remain anonymous told the Blade there are “grave and serious consequences for an unwarranted ACLU intervention.” These could include the possibility that other groups from West Virginia, North Carolina and South Carolina that fall under the 4th U.S. Circuit Court of Appeals’ jurisdiction could seek to join the case if allowed.

“If intervention were granted, it could adversely slow down the current appeals process – and time is critical when it comes to attaining marriage equality for all Virginians,” said the source. “There is not a day to lose. Groups like the ACLU can be supportive by simply filing amicus briefs.”

Previous Post: « Partition Ukraine Now Before It Is Too Late
Next Post: It’s Not Gay if You’re Deployed: VIDEO »