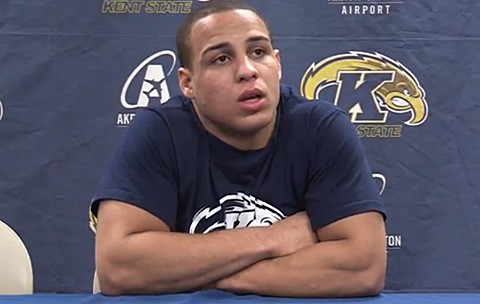 “I can’t even watch Sports Center today cause all they are talking about is Marcus Smart or that fag from Mizzou…” Wheeler tweeted.

In addition to the initial tweet, Wheeler responded to 2 other users with a homophobic slur before tweeting, “O geez I got all these fag boys mad at me now.”

…The tweets were deleted and Wheeler’s twitter account is no longer active but the gay-oriented web site OutrageDC.com captured and published a screen grab the tweets and called for users to contact the university, the school’s athletic director, Wheeler’s wrestling coach as well as the Mid-American Conference in protest.

“We are aware of the insensitive tweets by one of our student athletes.  On behalf of Kent State University, we consider these comments to be ignorant and not indicative of the beliefs held by our university community as a whole.  This is an educational opportunity for all of our student-athletes.”

“As an alum of Kent State University and as Sam’s head coach, I was surprised and offended by what I read on Twitter. I have spoken to Sam personally, and while he is remorseful, he will be suspended indefinitely while we determine the best course of action moving forward.” 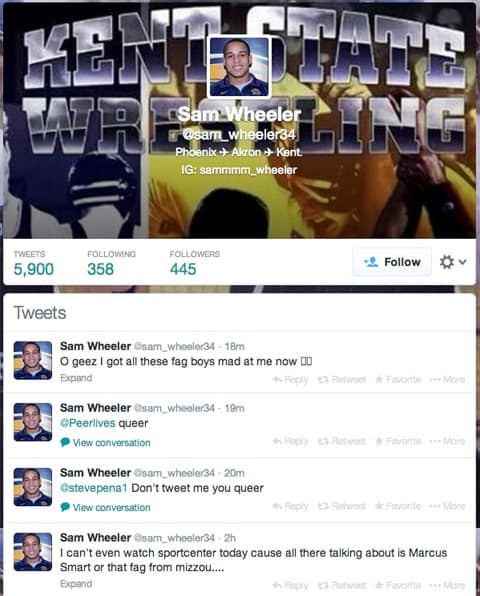