Actions have consequences, and Uganda is finding that out, as the World Bank has postponed a $90 million loan to its health system over the recently passed anti-gay law, The Guardian reports: 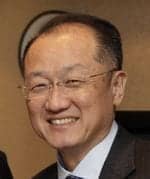 "We have postponed the project for further review to ensure that the development objectives would not be adversely affected by the enactment of this new law," World Bank spokesman David Theis said in an email.

It's an unusual move for the World Bank, which typically avoids politics:

World Bank president Jim Yong Kim, however, sent an email to bank staff saying the bank opposes discrimination, and would protect the safety of all employees.

He said passage of the Ugandan law was not an isolated incident, as 83 countries outlaw homosexuality and more than 100 discriminate against women.

"In the coming months, we will have a broad discussion about discrimination with staff, management, and our board on these issues," Kim said in the email. "Now is the right moment for this conversation."

According to The Guardian, the World Bank has a $1.56 billion portfolio of various projects in Uganda.