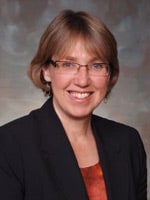 Wyoming's House of Representatives has voted 41-17 to reject a bill that would have given gay and lesbian couples the freedom to marry, the Casper Star-Tribune reports:

…Connolly, who is openly gay, said there are 12,877 gay people in Wyoming. On a personal note, she said she’s lived in Wyoming for two decades and has chosen to raise her son here.

“If I want to get married to the woman that I love, I want to do it here,” she said.

Previous Post: « In Russian-Themed ‘Flappy Bird’ Spoof, Vladimir Putin Must Avoid the Furry Man Rumps
Next Post: MSU’s Rufus Warren: Football ‘is a MAN Sport And Being Gay Is Not a Man’ »