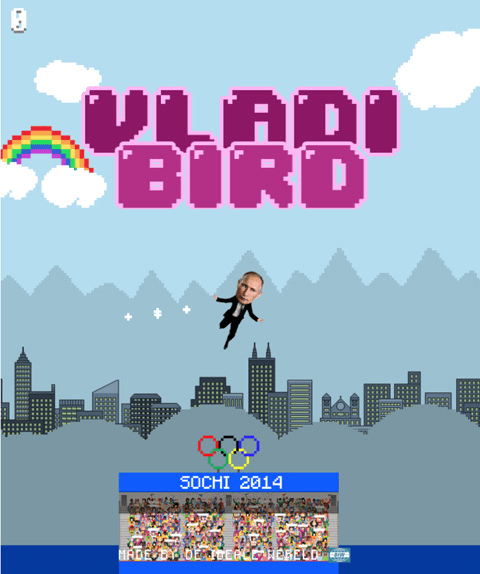 By now you've probably heard about the insanely-popular game Flappy Bird, which flew to the top of the app charts before its creator pulled it because, he said, it was too addictive.

"I think it has become a problem," said Dong Nguyen. The game involved navigating a bird through a series of pipes.

Now, someone has created an online, Russian-themed version of the game called Vladi Bird, in which users guide Vladimir Putin through his own unique obstacle course.