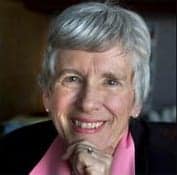 In her decision Crabb wrote that the state had not explained specifically how the decision in the domestic registry case is likely to change the issues in the marriage amendment case and whether the amendment violates the U.S. Constitution.

“As the plaintiffs point out, if the Wisconsin Supreme Court upholds the domestic partnership law, nothing changes,” Crabb wrote. “If the court invalidates the law, the only effect is to make the deprivation imposed on plaintiffs by (the marriage amendment) more severe. Thus, it is difficult to envision any scenario in which the state defendants could rely on the Supreme Court’s decision to strengthen their position.”

The ACLU, which is representing the same-sex couples, also filed a motion Monday asking that Crabb rule on the case without a trial in favor of the couples. State lawyers have asked that the case be dismissed.

The first hearing is scheduled for March 27.