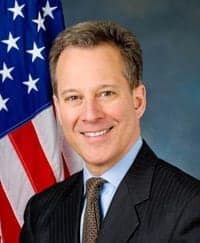 Working with the Attorney General's office, the League is undertaking several new efforts as part of its “Don’t Cross the Line” initiative at the outset of the 2014 season. These steps are aimed at reinforcing the League’s policies against discrimination based on sexual orientation and other criteria unrelated to athletic performance. Efforts to be undertaken by MLS include expanded sensitivity training for players, a centralized complaint system and the dissemination and posting of a Player Code of Conduct prohibiting discrimination in home and visitor locker rooms.

“Harassment and discrimination in the workplace – whether in an office building, on the soccer field or a baseball diamond – are illegal,” Attorney General Schneiderman said. “My office is committed to ensuring equal protection under the law for all employees no matter where they work, and I applaud Major League Soccer for working cooperatively with us to promote a culture of inclusion. Together, we are sending a powerful message that discrimination and harassment will not be tolerated in any form in the world of major league sports.”