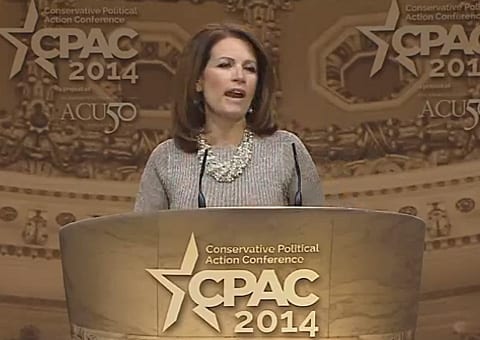 Rep. Michele Bachmann (R-MN) gave an interview to talk show host Lars Larson at CPAC and expressed her anger about the failure of Arizona's anti-gay 'religious freedom' bill, saying that the gay community has been getting their way by intimidating politicians, Right Wing Watch reports.

“There’s nothing about gays in there, but the gay community decided to make this their measure. And the thing that I think is getting a little tiresome is the gay community have so bullied the American people and they have so intimidated politicians that politicians fear them and they think they get to dictate the agenda everywhere. Well, not with the Constitution you don’t."