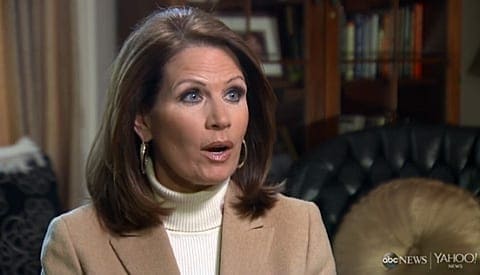 Said Bachmann:  “I believe that tolerance is a two-way street, and we need to respect everyone's rights, including the rights of people who have sincerely held religious beliefs,…Religious liberties and the protection of our religious liberties is right…Right now, there's a terrible intolerance afoot in the United States, and it's against people who hold sincerely held religious beliefs.”