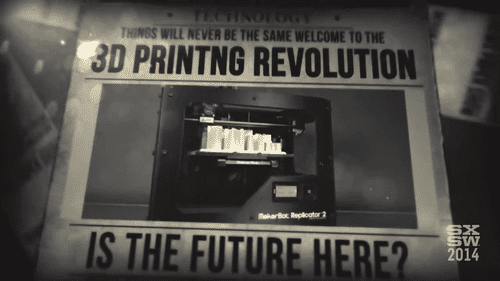 SXSW – Austin's annual tech, film, and music festival – is currently underway and has brought in thousands of film buffs, tech geeks, actors, and musicians from across the globe to meet, mingle, and enjoy the coolest city in Texas. And with the Interactive portion of the festival drawing to a close, what better time to look back on the things we've learned at SXSW 2014 so far.

The Robot Revolution is Coming and 3D Printing is Leading the Way!

The machines took over SXSW in a big way this year, with numerous panels throughout the week dedicated to emerging technologies and the impact they will undoubtedly have on our culture, economy, and well-being.

Multiple panelists stressed that as technology becomes exponentially more sophisticated and incorporated into our everyday lives (a la Google Glass, self-driving cars, and 3D printers), the question we ask will switch from “What will tech of the future be able to do?” to “What won’t tech be able to do (and do better than humans) in the future?”

The answer, most panelists agreed, will likely be “not much.”

Continue reading "SXSW 2014: The Robot Revolution is Coming and 3D Printing Is Leading the Way – VIDEO" AFTER THE JUMP… 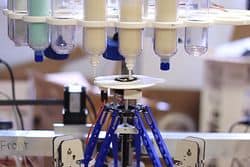 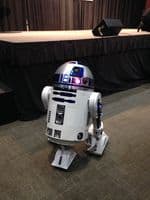